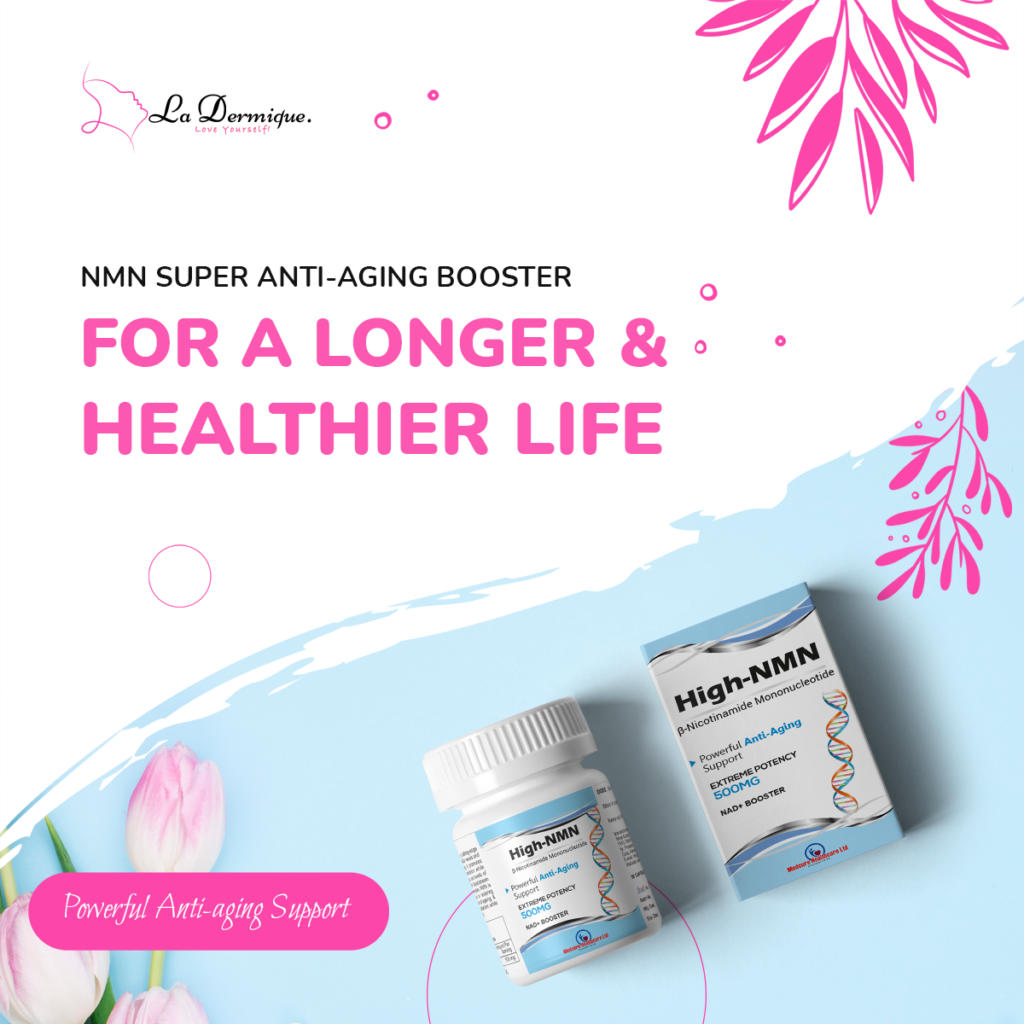 NMN is a direct and potent NAD+ supplement. 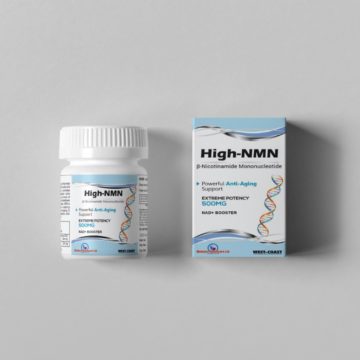 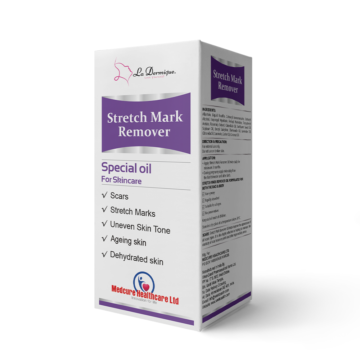 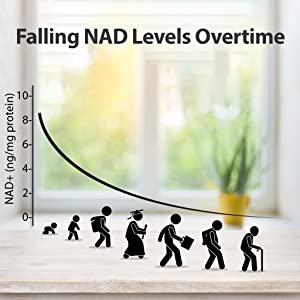 Scientists have discovered that as we get older, our NAD+ levels steadily decrease, and by the time we get to our late 70s &80s, our NAD+ levels appear to be much lower, than those of younger people.

The science is starting to clearly show a definite correlation between falling NAD levels and an age-related decline in health & wellness.

In 2013 Harvard researchers published a study, where they were able to reverse some parts of aging by treating old mice with NMN, a direct NAD+ precursor supplement.

After ten days of treatment, key biometrics markers measured resembled those of much younger mice.

For the first time, we have real evidence that some aspects of aging may be reversible. In 2017 the same team published a follow-up article. It demonstrated a new understanding of how NAD+ is not only used to repair damaged DNA but how it also stimulates the repair process.

It does this by blocking another protein called DBC1 that interferes with the PARP-1 DNA Repair enzyme.

BENEFITS OF NMN :The Science Behind them

With the boosting of NAD+ levels, this in turn activates the Sirtuins that are responsible for repairing DNA damage and promoting longevity.

Slows down physical signs of aging

NMN has also been found to improve insulin activity and production, resulting in metabolic benefits as well as glucose tolerance. This also reduces risk of diabetes

By boosting insulin sensitivity , this in the long run helps in weight management

Increased energy levels through boosting of mitochondrial function. The addiction of NAD into the bloodstream powers the mitochondrial cells, repairs them and enhances their function for extra energy boost. 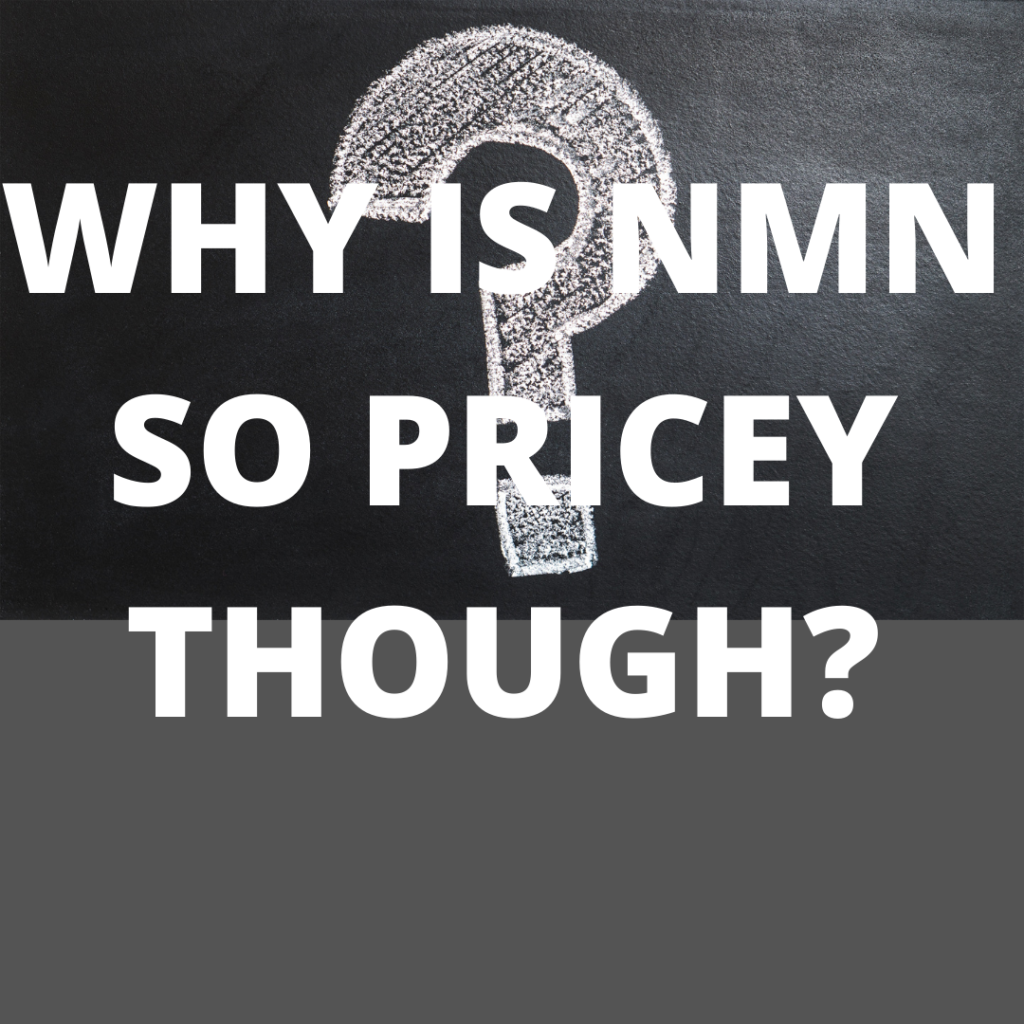 There are many cheaper alternative sources to buy NMN today, but are you getting what you paid for?

If the price for NMN is too good to be true, it probably is not NMN.

We use pharmaceutical grade NMN in our product, so make sure you get what you pay for!

How should I know its working for me?

"Trust the science", is the easier answer. But we want you to be sure as well. You should recognize an increase in stamina and energy levels while going about your normal duties. Also, you should register alertness in sense of remembering and creativity. We also advice going for a blood test every 8 months and check the levels of NAD since you began using the product.

Does it have any side effects?

No negative effects whatsover. As we mentioned above, this is NMN in its purest form therefore doesnt have any negative impacts to your body as it is a replica of the same compound naturally produced in our bodies

How Long should I use it to notice significant changes?

Depending on yor age and body, NMN will show significant impact after 3-6 months of continuous use. It might seem expensive but it is cheaper in the long run. Imagine freeing your body from all diseases related to aging, definitely cheaper than heart surgery and kidney transplants. 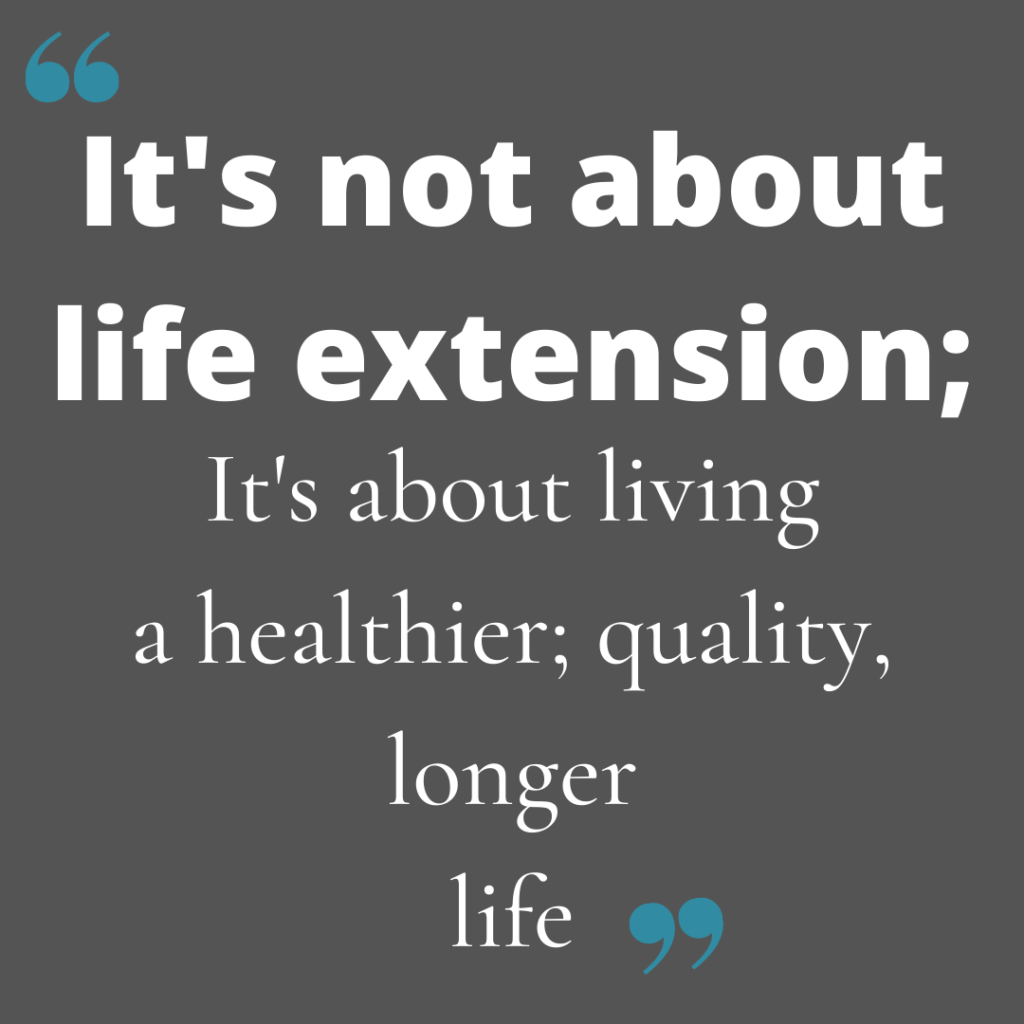 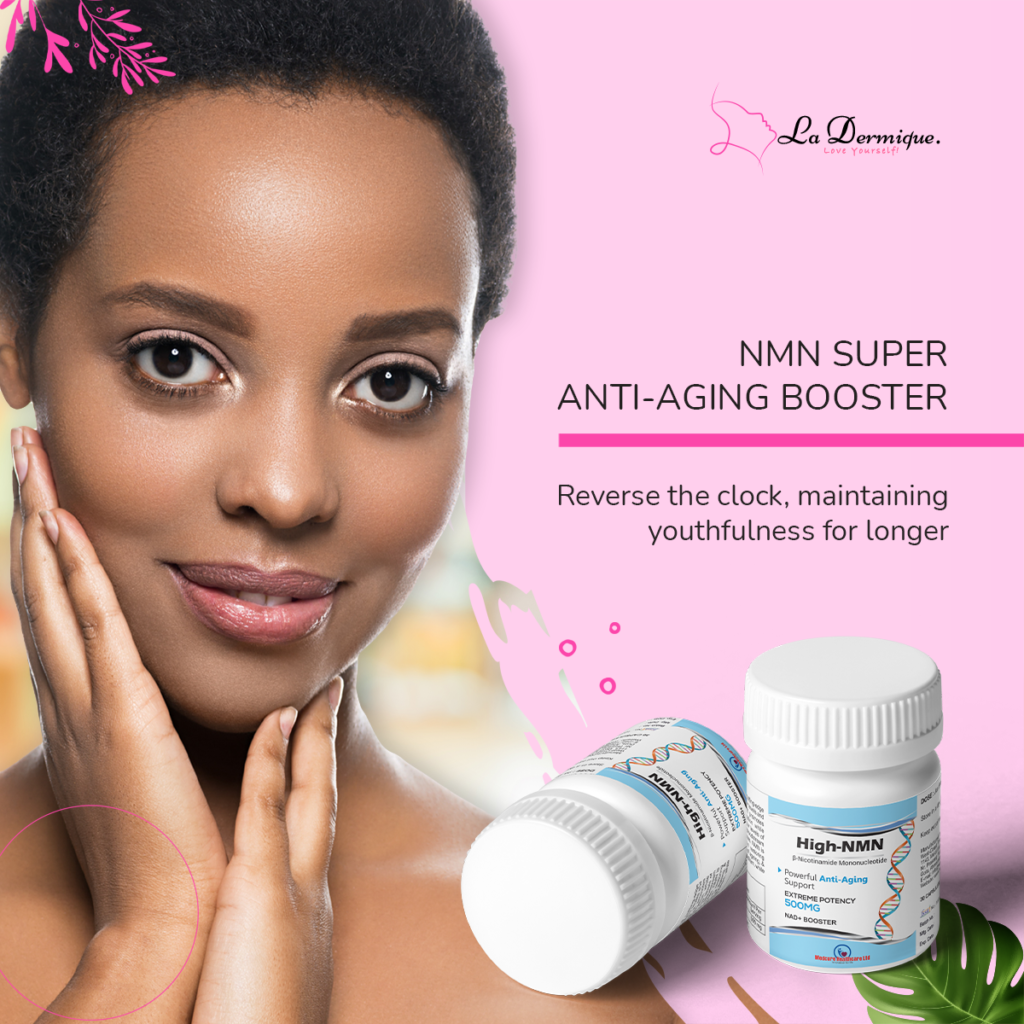 SLOW DOWN AGING NOW
KES
UGX
USD
X
Need Help? Chat with us
How can we help you?
Welcome to La Dermique Skin Care, we are ready to help you now. Say something to start a chat on Whatsapp.
The team typically replies in a few minutes.
Please accept our privacy policy first to start a conversation.
Joy
Support/Sales
Carol
Support/Sales
I will be back soon